Our work in democracy is all about connecting people with their representatives — everywhere in the world. This year, one project helped us do that on a very grand scale.

Number of countries where we provided Facebook with election candidate data

Pieces of data on EveryPolitician 2.8 million

Messages sent to representatives through WriteToThem this year

We contributed to the select committee on citizenship and engagement.

This is a great website https://t.co/81PDXayzgC - find out how your local MP has voted, how often & their track record @TheyWorkForYou

Thank you SO much for providing this wonderful on-line tool. I has made all the difference for me to write to the MP in my area.

Our vision of a ‘Democratic Commons’ — where shared data benefits all — dovetailed neatly with Facebook’s drive to connect users with their representatives.

We provided the data that enabled Facebook users to easily follow their newly-elected representatives, the day after 2017’s major elections in the UK, Kenya, France, Germany, Japan and Argentina. And because the data was collected openly, we were also able to feed it into our EveryPolitician project, so developers could benefit.

“I enjoyed working on this project: it was great to think that so many people were encouraged to connect with their representatives as a result.”

“It was one of the first times I could explain our work to non-tech friends!” – Martin

EveryPolitician worked closely with the Wikidata community this year — that’s where Lucy and Luca came in. Since both EveryPolitician and Wikidata aspire to provide accurate, structured data that developers can use, it’s a great partnership.

We supported Wikidata workshops in Bulgaria, Croatia, Greece, Italy, Nepal, Slovenia, Spain and Sweden for Global Legislative Openness Week — and mySociety folk attended as many as possible to lend a helping hand. Tony gets a special shout-out for managing to visit workshops in 5 countries in just 8 days.

GLOW is just one part of the picture, though: over the year we’ve worked with the Wikidata community to also ensure rich political data is available for the UK, Scotland, Northern Ireland, Wales, Ireland, Australia, Pakistan, Germany, Estonia, France and the Netherlands and built new tools to make maintaining and adding that data quicker and easier.

Many thanks to this awesome Wiki geeks for joining us yesterday at Wiki Data-a-thon to celebrate #GLOW17 in Nepal. Kudos @mySociety for supporting the Workshop. pic.twitter.com/DT7fdL8zlL

Working with the organisation Asl19, we helped launch a platform for Iranians to ask questions of their representatives — in public. In a culture of censorship and online surveillance, this was a strike for transparency.

This was the most rewarding project of the year for me, because it's taking me back to my true passion of working in the MENA region. 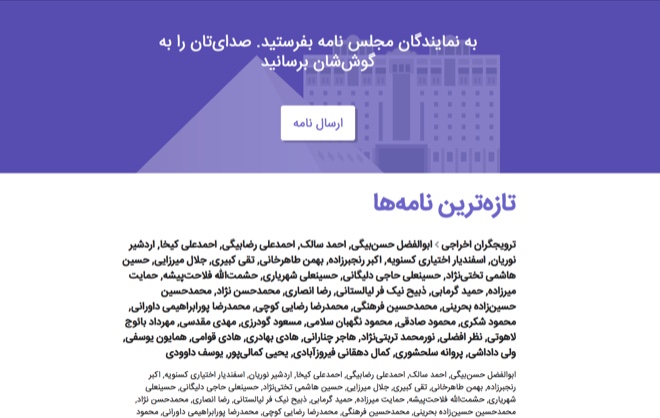 Reaching those who need us most

A grant from the Joseph Rowntree Charitable Trust enabled us to reach out to those sectors who might not know we exist, but could well need us the most - the young, the less well-off, and all types of minorities.

With a video, leaflets send to schools in areas of highest deprivation, social media log-ins and topic pages added to TheyWorkForYou, we hope we’ve gone some way towards extending our outreach.

I loved working with the Girl Guides and hearing how they’re updating badges to include topics that are very close to our hearts: Campaigning and Protest.

No-one expected the UK General Election! But when it came, we were really glad that we’d enabled social sharing on all the votes in TheyWorkForYou — in the weeks before the big vote, these were used heavily as people debated the pros and cons of their incumbent candidates.

Before you vote, at least know who u are voting for! @TheyWorkForYou gives a summary on your own MP's record. https://t.co/7yklm6h3FZ

ShineYourEye, the parliamentary monitoring website for Nigeria, relaunched with a new homepage that mySociety developers helped to make a reality.

People’s Assembly has provided facts and oversight through a rollercoaster year in politics for South Africa.

In Kenya, political events were no less eventful: Mzalendo stood as a source of reliable information while the presidential election was annulled by the supreme court and then re-run.

Our research team visited Australia, Colombia, the Philippines and Tanzania as they undertook research for the Open Society Foundation on the extractives industry, and Mexico for the Hewlett Foundation and Omidyar Network on participatory budgeting. They also racked up 15 speaking engagements at conferences around the world as they spread the word about the research we undertake at mySociety.

Next up: We're looking at you →